There is a snake in my computer! 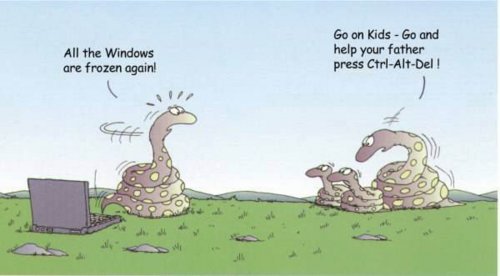 On friday april 17 I met with John, who had set up a few cybercafé’s and telecentres both in Uganda and Tanzania. He has a university degree in mechanical engineering, but as soon as he graduated he started focusing on computers. At this moment he forgot all about mechanics, but in the meanwhile he has developed serious computer skills.

There are some social scientists who argue that people with a practical occupation or handicraft have a huge advantage in computer skills. Fatima Mernissi for example points to a new generation of Internet users in rural parts of Morocco who have backgrounds as snake magiciens and carpet weavers. END_OF_DOCUMENT_TOKEN_TO_BE_REPLACED